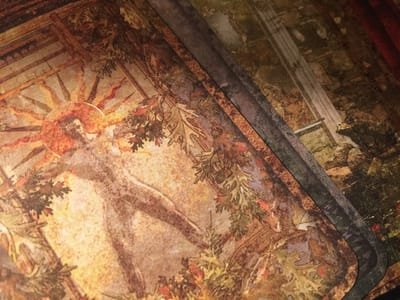 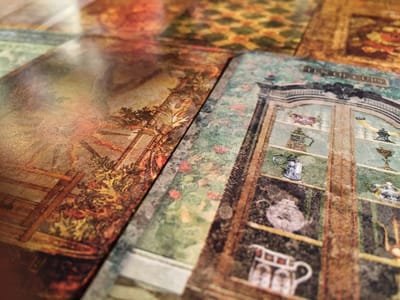 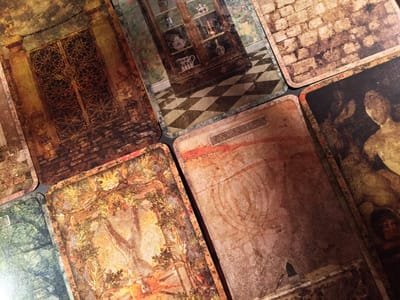 My name's Neil Lovell and I'm the designer of all the decks on the site and the owner of Malpertuis Designs Ltd. I was born and brought up in rural Northamptonshire, England and after four years at Oxford I moved to London where I've lived ever since.

I haven't always been a designer. For many years I had a successful and interesting career within research and brand consultancy which took me all around the world working for global clients. My later years within research were especially dedicated to developing new methods of presenting research information through design, and eventually my 'design side' won out over the more commercial aspects of my work. In 2014 I therefore left the industry I'd worked in for years to become a full time illustrator and designer.

I first became interested in card design well over twenty years ago and quite early on entertained ambitions to design my own deck. My first 'soft' attempt at a deck, the experimental Nijinsky Tarot, was designed in the mid 1990's. For various reasons this deck was never published, but after some time I decided to design another deck with the specific intention of getting it published. This was the deck which - after a long development - finally became the Tyldwick Tarot, and a fuller account of the story behind that deck can be found here. I published this deck as a limited edition in 2013. After a break, I decided that I'd enjoyed the whole experience of creating this deck so much that just one wasn't enough - I wanted to design more.

Probably like most Tarot enthusiasts, I discovered Lenormand much more recently. My first Lenormand deck, the Malpertuis Lenormand, was published in late 2014 and is available from this site. This deck was initially intended as a companion to the Tyldwick Tarot, but inevitably ended up changing throughout the design process into a more independent creation. Since then I've been working on further Lenormand decks and am also in the early stages of creating another Tarot deck.

Unfortunately, Neil passed away in early August 2018. His passing was very sudden and a surprise to all his family and friends.

It was while sorting out his business affairs that I really came to understand what a huge talent he truly was, to all the family he was simply an Oxford educated eccentric. He was never one to talk about his success, and although I knew he had been asked to contribute to a special deck produced for charity, all his other successes passed us all by.

A simple post on the Malpertuis Facebook page produced much more of a response than I expected, the messages poured in from all over the world from people who he had never met, but who felt his loss as deeply as we ourselves did. I had several long email conversations with past customers and members of the online Tarot community during this time, and they became a great source of comfort for me, I was able to express, not only my great sense of loss, but also an enormous amount of pride that I wouldn't have been able to articulate in person.

It has not been an easy journey, but with the relaunch of the Malpertuis name, I hope to be able to still get his beautiful works to those who love them so dearly.

Thank you to you all for your kind words and continued support.